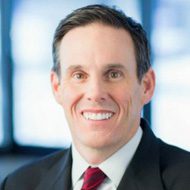 Nautic’s strategic guidance and disciplined approach allowed us to establish our leadership position in our target market. This is an excellent outcome for Theorem’s shareholders, customers and employees.

Theorem exhibited strong performance during Nautic’s ownership, experiencing rapid revenue growth and expanding its earnings at an even higher rate. Nautic assisted management by helping to develop a strategy to reposition the company’s sales effort, to assist the company in addressing its operational issues, and to support the management team as they made key executive hires to build on existing strengths.

Prior to Nautic’s ownership, Theorem was owned by Omnicare, a publicly-traded, long-term-care pharmacy company. At the time of Nautic’s acquisition, Theorem had strong capabilities in medical device, biostatistics, and data management that were offset by significant cost and efficiency shortfalls on the operational side. After a detailed, targeted due diligence process, aided by Nautic’s long standing experience in the healthcare sector, Nautic recognized that the company had strong underlying sales momentum and gained conviction that the CRO industry was healthy. Nautic determined that the company was well-positioned for long-term growth, that the foundations of the company’s sales momentum were sustainable, and that the operational issues could be addressed and resolved expeditiously. Additionally, Nautic assisted Theorem management in repositioning the business during Nautic’s ownership period to focus on biotech as well as small- and medium-sized pharmaceutical customers. Theorem was successfully sold to Chiltern International in 2015.

Post-acquisition, Nautic assisted the company in hiring a new CEO, who in turn made significant supplemental hires in the areas of business development, sales, and therapeutic experts. These hires enabled the company to execute on its strategy to refocus on small- and mid-sized pharmaceutical and biotech customers while maintaining its leading position in the medical device, data management, and biostatistics segments. Nautic, in conjunction with one of its operating advisors, also helped address the operational challenges that the company faced prior to Nautic’s ownership. The combination of a clear market focus, buttressing of existing strengths, and operating leverage resulted in significant revenue and EBITDA growth during our ownership period.